Framework makes the developer’s life smarter and easier by giving a structure for application development. They automate the implementation of common solutions, which gives flexibility to developers to focus only on app logic instead of routine. They provide common backend fast reliable and scalable easily maintainable web applications.

Mechanism of URL mapping is staying at the same web page when you click on some other link.

The data entered into a form needs to be in the right format, and certain fields are mandatory for effective use of form.

Allows developers to design the content of their own type.

There are only a few operations we can perform using python frameworks. 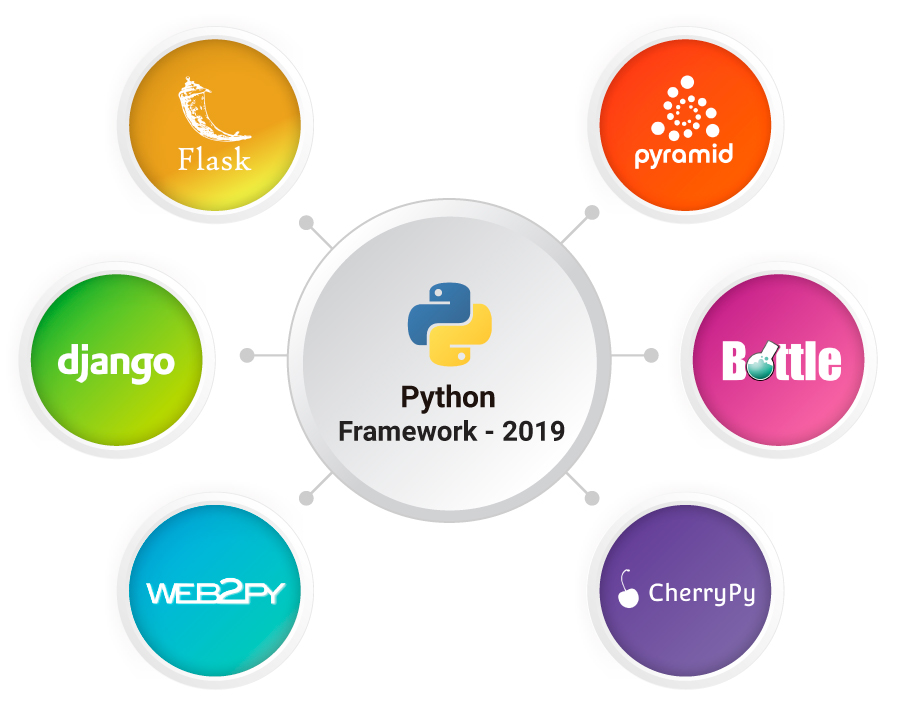 Many people who try to build a web application in python will opt for Django framework so that they can build a complex code in less time with best quality. Django changes it’s functionality comparatively according to the trends in web development. Few key features of Django are:

Pyramid is a part of the Pylon project; it is one of the most flexible frameworks in Python language. This framework allows the developer to choose anything - DBMS, URL structure, template styles and much more.

Web2Py is an open source and free of cost. It allows debugger and code editor for editing the code and debugging the code accompanied with a deployment tool. It enables developers to develop, revise, deploy and manage web applications via web browsers.

The main motive for introducing flask is to build a strong web application. Flask is being used by all big companies as it is fast and secure.

It is popularly known as small-scale microframe works. It mainly focuses on Web API’s and it tries to bundle everything in a single document. It has no dependencies apart from the python standard library.

CherryPy is a popular framework that embeds its very own multi-strung server. CherryPy includes a pooled web server, set up framework and module framework.

There are many python frameworks evolving every year with new features and functionality despite their pros and cons. Developers use many frameworks depending on their task because every developer has a different style of coding and preferences.

By far, the most popular framework according to the trends is Django because the count of enterprises using Django is pretty high. Django features and characteristics are similar to the business requirements of many industries that might be the reason behind it’s popularity. Find more information why should choose django for your next project

Pyramid is flexible to use even for small to enterprise level companies. The only conflict in Pyramid is that it has many options, which creates a havoc before starting the project. Flask is commonly used by developer’s because it is mostly commonly used for small industries with jet speed. The suitable framework will always suit your business needs. You have to consider the main agenda of your application, budget, time and then decide the framework type to start your application.

Do you want to find and implement the best python framework? Contact our Custom Software Development Company

What is Python Docker? Know New Ways to Use Python with Docker

Which is the best Python framework for web development?